The article considers the peculiarities of the complex approach to the formation of grammatical skills among students of the sports university and substantiates the usage during the training of a special complex of exercises aimed at forming grammatical skills with a communicative orientation in order to increase the grammatical competence of students of the sports educational establishment. Analyzing the above, we came to the conclusion that the system of exercises is a rationally developed integral part of the path to the teacher’s success.Examples of modern exercises aimed at forming grammatical skills according to the stages of skills formation are given. In the process of working on this complex, students learn new sports vocabulary and consolidate the already learned one, learn how to speak correctly and competently, write in English, learn new texts about sports life or news from the texts. In this way, all areas of activity of students during classes are «working». The objectives of the experiment were: approbation of the developed materials, their correction, specification of amount and duration of training. The students’ work in both the control group and the experimental one was the subject to systematic constant monitoring.

The results of the conducted experiment indicated that students of the experimental group showed the tendency of displaying the speech initiative and interest in different types of work without stimulating activity. The final data of the experimental section showed that the proposed complex of exercises aimed at developing skills of using forms of the verb increased the level of assimilation of the grammatical material. Thus, by means of the experiment, the validity of the hypothesis was confirmed, as to the effectiveness of the proposed complex of exercises to enhance the grammatical competence of students in the sphere of sports. 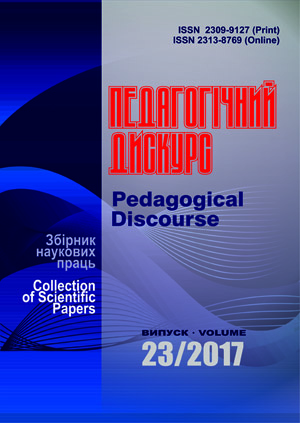